What does the General Election mean for the housing market? 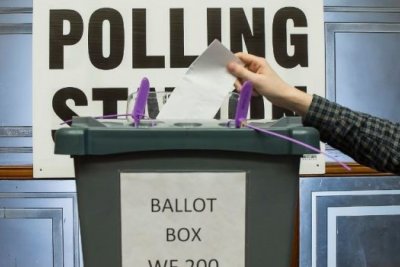 What does the General Election mean for the housing market?

The short answer is, probably not a lot.

One of the very few matters that all parties appear to agree on is that there is a problem with the supply of housing in the UK. Fundamentally there simply aren’t enough homes to go around and those that do exist are not necessarily in the ri​​​​​​​​​​​​​​ght places.

This is a considerable problem, but just how serious is our politicians’ approach to the matter, whatever their political persuasion? The fact that there have been no fewer than 20 Housing Ministers since 2000 would suggest ‘not very’; as our American cousins say, “Do the math!”. Being in post for an average of less than 12 months is hardly conducive to producing a coherent policy.

Providing homes in sufficient numbers where they are needed to meet the changing demand generated b​​​​​​​​​​​​​​​​​​​​​​​​​​​​​​​​​​​​​​​​​​y an increasing population and the demographics of the modern household is not easy. The population of the UK is ​​​​​​​roughly the same as that of France, but we only have a quarter of the land area and, as recent floods have shown, not all of it is suitable to build upon.
​​​​​​​​​​​​​​
It will be interesting to see what solutions the next Housing Minister, whether wearing a red, blue, green or orange rosette (sorry SNP and Plaid Cymru, but I’m writing in Letchworth), will come up with, given finite resources of land and cash. We can only live in hope that they will be less of a headless chicken – but don’t hold your breath.

This will be the eighteenth General Election in the writer’s lifetime. One thing remains constant: whatever the political hue of the government, you need a roof over your head. This doesn’t change however much politicians tinker at the margins (please sort Stamp Duty out somebody!). The supply of homes won’t grow or suddenly diminish overnight whatever the result on the 12th of December.

When you wake up on the 13th, you will still have exactly the same requirements for the right home for you, whether you are looking to buy or to rent. So, whoever is in Downing Street, the advice is: get out there and look for it.


In line with the Government releasing the housing market from the lockdown, we have put together some new guidelines in order to keep our customers, staff and wider community safe..


Our Sales and Lettings offices are open for business and we are carrying out Valuation and Viewing appointments.

Whatever your circumstance maybe, if you would like advice regarding moving during these very difficult times, we would be delighted to speak with you.


Please take a moment to read our company guidance notes for property appointments, which have been taken from the Ministry of Housing, Communities & Local Government, published 26 March 2020 and last updated 13 May 2020.